Quote: “United we roll with skate camp in our soul.”
​Constraints: Acrylic paint and a photo on a broken skateboard. 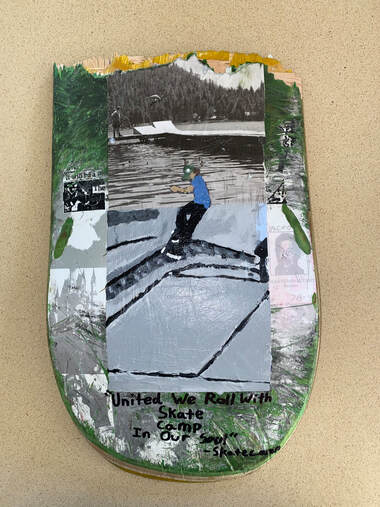 I haven’t connected my quote to this painting yet. I will when I add the photo of the skate camp dock on sequoia lake. In the photo is “The Lake Launch” which is a unique feature that reminds me of skate camp and this quote. I feel that I am. Painting isn’t my strong suit and I feel this one is coming together pretty well. I know it’s not very realistic but I’m still pretty happy with it. 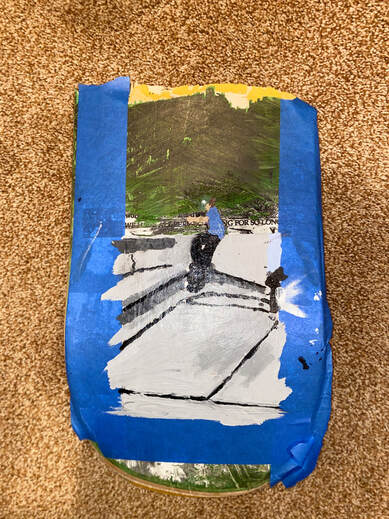 Quote: “United we roll with skate camp in our soul.”
Constraints: Acrylic paint and a photo on a broken skateboard.
Sketch: 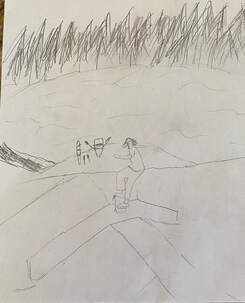 The background is the view of sequoia lake from skate camp.

Quote: “United we roll with skate camp in our soul.”
Skate camp is a YMCA Camp near Kings Canyon National Park.

When I first started this project I changed the quote into “United we roll with skating in our soul.”  So it could fit skating in general. For the re-do of this project, I decided to use the original quote and collage a photo of the view of sequoia lake from skate camp into the painting of me doing a skateboard trick.
The photo on the left was/is a really hard trick for me so when I landed it on that ledge I was super stoked. The photo on the right was a battle for me I spent over an hour trying to air over the pyramid off that sign.
Both tricks gave me a feeling of accomplishment but in different ways. The one on the left because it was a new trick and the one on the right because it was so hard for me to do. I chose to paint the photo on the left because it made me feel more accomplished that feeling is what makes this quote so true to me. I also had a bunch of friends around hyping me up for the trick on the left which is also a large reminder of skate camp and this quote.

​For my constraints for the re-do, I’m going to paint over a broken skateboard deck then collage a photo of sequoia lake into the background.​ 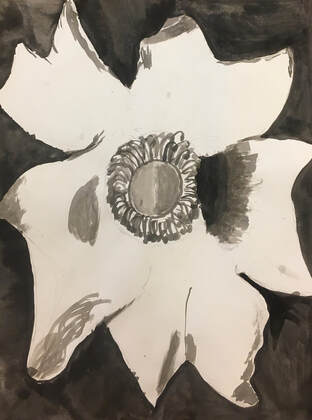